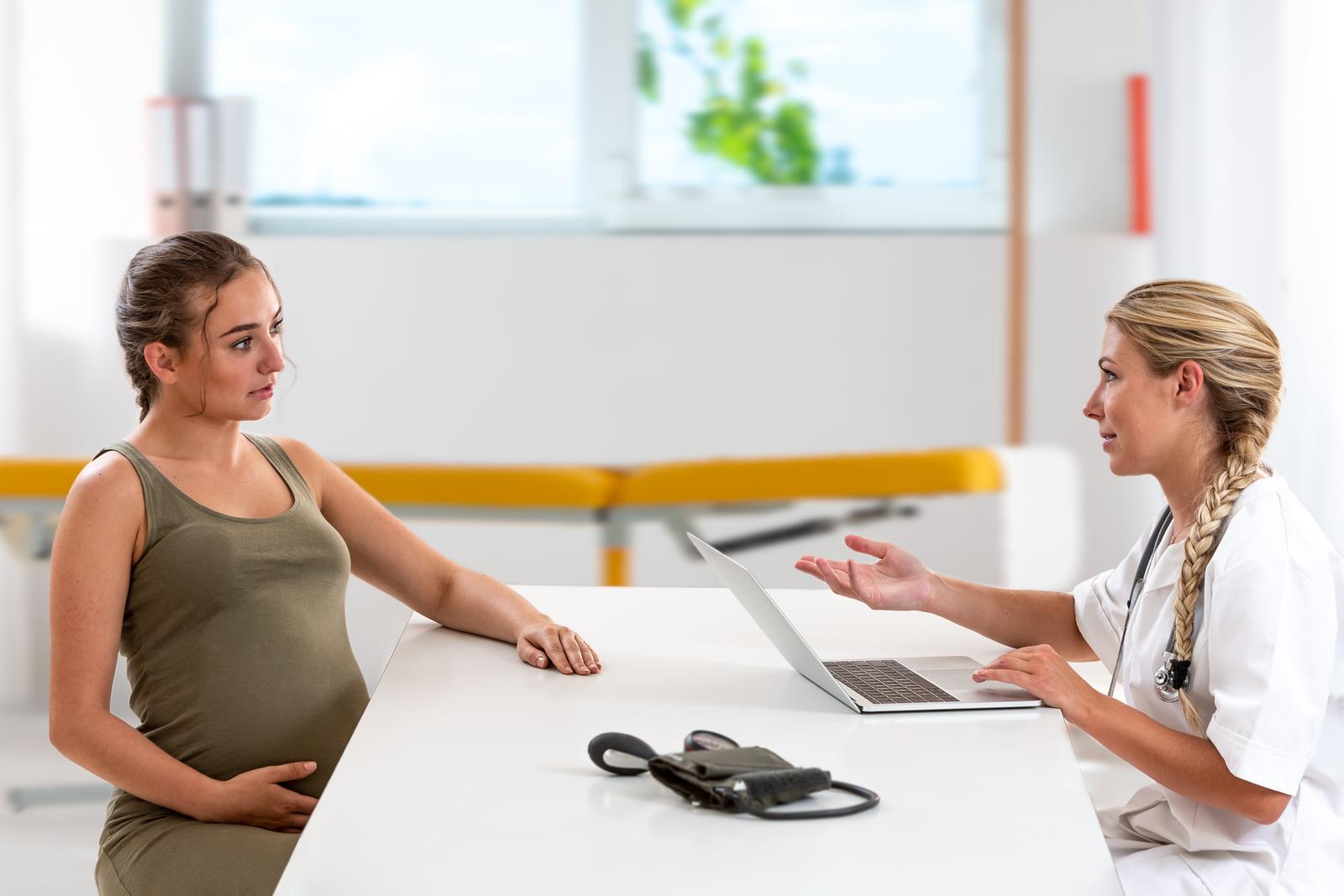 Any female will tell you that when it comes to the female reproductive cycle – having a uterus and understanding it is very different. What do I mean? You may wonder if you are a non-uterus haver or want to learn more. The period cycle is not just a mere 5-7 days of menstruation.

Menstruating is a daily biological duty for the female body and comes with many confusing symptoms. One such symptom is intermenstrual bleeding. That is right, bleeding even when you are NOT on your period.

This type of bleeding is usually very light or minimal and happens around the time that females are in the ovulating stage of their menstruation cycles. While very few women experience this symptom, it can raise some red flags regarding what is happening. Luckily, for the most part, spotting in middle of cycle is not a medical concern.

So how do you identify ovulation bleeding, what are the causes, and when should you worry? Do not fret. We will be answering all these questions – and more – down below.

Let us get right into it!

What is Ovulation Bleeding?

Ovulation bleeding (Which is a term synonymous with ovulation spotting) usually happens during the ovulation stage of the menstruation cycle. Ovulation is the process that takes place at around the halfway mark between periods when the ovaries release an egg. Notably, not all women will have the experience of spotting in the middle of the menstruation cycle; conversely, a rather small number of women do. One study found that, on average, only five percent of women experience ovulation bleeding.

The most obvious sign of ovulation bleeding is bleeding in the middle of your period cycle. If you experience light spotting (light bleeding outside of a usual period) at around day 11- day 21 after the previous period, then you are likely experiencing ovulation bleeding. However, you should note that the female reproductive system can be very unpredictable. Consequently, ovulation can happen at varying times of the cycle and even take place at different times during different months.

10 Other Possible Causes of Mid-Cycle Spotting:

2) Having Sexual Intercourse During Certain Times of Your Cycle:

Sometimes, engaging in sexual intercourse during certain times of your cycle can also cause spotting. For example, having sex during or after ovulation may result in spotting. This is because your cervix prepares itself for a baby during this time and becomes much more sensitive. Sexual intercourse can cause physical damage to the cervix and may cause bright red spotting or red-tinted mucus.

Certain STIs such as chlamydia and gonorrhea can cause bleeding after sexual intercourse. Furthermore, leaving STIs untreated can lead to the development of a pelvic inflammatory disease, another cause of mid-cycle spotting. Infections like thrush or yeast infection can also cause bleeding.

For some people, unbalanced lifestyles can put extra strain on the body and result in mid-cycle spotting. For example, those exercising too much, those who leave extreme levels of stress unmanaged, or those who have a very unbalanced diet that does not contain enough vitamins and nutrients. The body is highly complex, and not looking after it can result in some uncomfortable physical symptoms. Make sure to get sufficient mental and physical support from a professional to ensure a speedy recovery.

There is something known as the hypothalamic-pituitary-ovarian axis, shortly referred to as the ‘HPO’ axis, which is the system of hormones responsible for regulating the menstrual cycle. An imbalance in this ‘HPO’ can cause the body to spot mid-cycle. It may also indicate medical issues related to the reproductive system. Issues such as ovarian cysts, endometriosis, PCOS, fibroids or luteal phase defects can disrupt the body’s hormone balance and cause mid-cycle spotting.

Experience regular mid-cycle spotting, as well as irregular periods. You can see a doctor to determine whether any of the above reproductive health issues cause your mid-cycle spotting. However, there are less serious causes of hormone imbalance, such as stress or a change in diet.

Cervix-related medical conditions responsible for mid-cycle spotting include cervical entropion, cervical fibroids and cervical cancer. These three conditions can be diagnosed through a Pap smear at your gynecologist’s office.

8) Growths in the uterus

9) The Rupture of an Ovarian Cyst

The symptoms of a ruptured ovarian cyst include a sharp pain in the lower abdomen, followed by light bleeding around the time that you should be ovulating.

Mid-cycle spotting might also be related to an ectopic pregnancy or may signal the beginning of a possible miscarriage. An ectopic pregnancy takes place when a fertilized egg implants in the wrong place. These types of pregnancies have no possibility of survival and will either end in a miscarriage or need to be aborted.

Anything difference between these two is related to when they occur. For ovulation bleeding, spotting occurs in the middle of the cycle, whereas implantation bleeding happens a few days before the next period is expected to occur. Because of this small-time window, it is straightforward sometimes to mistake implantation bleeding for an early period.

What To Do if You Experience Mid-Cycle Spotting?

The most important thing to do if you experience mid-cycle spotting is to track it! Especially because the causes of this spotting can overlap and be so easily confused with each other. It is important to be able to identify the cause of your spotting. While most times, spotting is not caused for concern. It can be difficult to tell when it is something to worry about and what is not. As we have seen, spotting can mean anything from ovulation to pregnancy or even a severe medical condition. Be sure to track the following:

·       During what stage of your cycle the spotting takes place

·       The colour of the bleeding and the consistency (for example, if it is more of a mucus)

Should You Take a Pregnancy Test?

You should take a pregnancy test the day after your missed period. Ovulation bleeding can be a good indicator of when a pregnancy test would be most effective, as it should take place around 16 days after ovulation bleeding happens. However, you should remember that if you take a test too early, it is very possible to receive a false negative. Testing every couple of days if you suspect you are pregnant is an excellent way to ensure.

Should You Worry about Mid-Cycle Bleeding:

In general, spotting in the middle of your cycle is not an immediate cause for concern. However, it is a good idea to book an appointment with your doctor if it happens more than once a month or between periods for several months. You should also see your doctor if the bleeding is very heavy, you feel nauseous, are vomiting, have a fever, experience abnormal discharge or pelvic pain and feel like you are going to faint. These symptoms are usually an indication that you require immediate medical attention.

What to Expect from Your Doctor Diagnosing the Cause of Your Mid-Cycle Bleeding:

Your doctor is likely, to begin with, some basic questions about your health, your regular periods and your current spotting. They are also very likely to ask you whether there is a chance that you may be pregnant, so do not be shocked if they do.

Next, your doctor is likely to perform a physical examination. This might be anything from poking and prodding your tummy to an internal vaginal examination. These may be combined with swob tests to check for infections, blood tests, pregnancy tests, ultrasounds, and screening tests of your cervix to evaluate whether there are any noticeable changes.

Your doctor performs these tests to diagnose the cause of your spotting. Once this is identified, they may then recommend you to a specialist, prescribe you antibiotics or if there is no serious cause, they may recommend that you do not do anything as there is nothing to worry about or treat.

A few different things can cause spotting during your menstrual cycle. One possibility is that you are Ovulating. When you ovulate, your body releases an egg from your ovary. This can sometimes cause a little bit of bleeding. Another possibility is that you have a hormonal imbalance.
This can cause your periods to be irregular, and you may experience spotting as a result. Finally, you may also have a uterine polyp or fibroid. These are growths that can develop in your uterus, and they can cause bleeding.
If you are experiencing spotting, you must consult your healthcare provider to rule out any serious causes.

Should I be worried about spotting mid-cycle?

Why am I spotting 2 weeks after my last period?

There are a few potential reasons why you may be spotting two weeks after your last period. One possibility is that you are experiencing implantation bleeding, which can occur when a fertilized egg implants itself into the uterine wall.
This can happen around the time you would typically expect your next period. Another possibility is that you are experiencing early menopause, which can cause irregular bleeding. If you are concerned about your spotting, it is best to speak to your doctor to rule out any potentially serious causes.

Is it normal to spot in between periods?

Spotting is when you have a small amount of vaginal bleeding outside of your period. It can happen between periods and is usually lighter than your normal period flow. Spotting is normal and can be caused by several things, like stress, changes in your hormone levels, or even certain medications. If you’re concerned about spotting, or it’s happening more frequently than usual, you should talk to your doctor.

In this article, we saw that there are numerous causes of spotting in the middle of your cycle. These causes include ovulation, implantation, sexual intercourse during ovulation, certain STIs, incorrect birth control, poor lifestyle choices, imbalanced hormones, cervix-related health issues, growths in the uterus or even ruptured ovarian cysts. Some of these conditions can overlap in some ways, making it confusing to tell what is causing your spotting. Therefore, we have also discussed the main differences between the three, which most overlap: ovulation bleeding versus implantation bleeding versus period bleeding.

For the most part, spotting is not cause for concern. However, experiencing frequent bleeding, heavy bleeding, pain, fever, or feeling faint can indicate something very serious. The best advice we have is to be safe rather than sorry. May sure to book a doctor’s appointment if you often experience spotting in the middle of your cycle.

The Complete Guide to Sciatic Nerve Pain During Pregnancy: What it is, Symptoms, Causes and Remedies

Can Prenatal Vitamins Help Hair Growth?–A Fact or a Fantasy